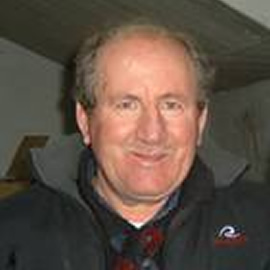 Umbria, Italy
The region of Umbria is situated in the middle of mainland Italy.
Giano dell’Umbria is a small town located slightly to the south of Perugia, the province’s capital.
The landscape is formed of endless olive groves.
The olive trees gently nestle against the undulating hills.
As we approached his olive farm, Uncle Omero came out to greet us wearing his broad smile.
Giano dell’Umbria of Umbria.
Yes, this olive oil called “Moretti Omero”’ is produced by Mr. Omero Moretti himself.

Uncle Omero’s immense hands come close to engulfing yours when shaking hands with him. His hands act to represent his hard-working nature. They are rough yet gentle and warm – you immediately sense that these are the magic hands that infuse tenderness into the flavor of his oil, “Moretti Omero”.
The secret to the elegant and delicate characteristics of this oil stem not only from Uncle Omero’s labor but also the various breeds of olives used.
Here in Giano dell’Umbria, they grow Moraiolo, Frantoio, Leccino and Pendlino olives, but the most important breed is easily San Felice.
Uncle Omero tells us that San Felice is the variety of olive that contributes to the dolce*1 and clear flavor of the oil, and is the most cherished olive by people of the region.
*1)”Dolce” generally means “sweet”, or “dessert”, however, in olive oil terms, the word is used to describe a roundness in flavor, as opposed to “piccante” meaning spicy or tangy. 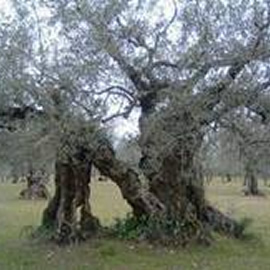 This San Felice tree is said to be a thousand years old. When we took a closer look, we saw that it was bearing berries. 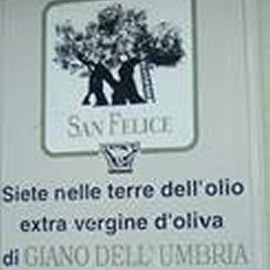 A sign in front of the Moretti house is designed to mimic this ancient tree.
You can see just how much the locals cherish the tree. 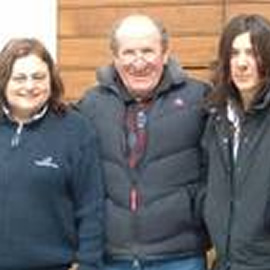 The Morettis are all friendly and easygoing. Daniela, Omero’s wife, is a very cheerful, bold woman. Their athletic daughter recently took the title of champion at an Italian judo tournament and dreams of coming to Japan someday. After showing me their olive grove, and frantoio or oil mill, they invited me to dine with them to treat us to some of their homemade specialties. 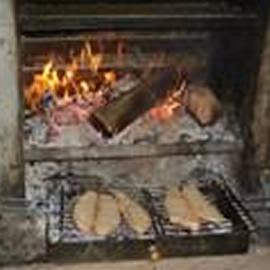 Bread, baked on a wood fire, and of course, olive oil!
Moretti Omero. 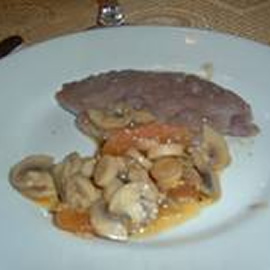 We had pork, which was coated in a little flour and simply sautéed with the Moretti Omero oil and a splash of local red wine. The garnish was lightly fried mushroom and tomatoes, again glistening with a fine coating of Moretti Omero oil. Simplicity at its most delicious!

This area produces plenty of grain and is well-known for pig farming, so ham, pork, flour and beans make frequent appearances in the local cuisine. The local wines range from light, smooth whites to robust, full-bodied reds and they enhance the dishes and dining experience beautifully.

Next to their home they run an agriturismo – a farm guest house.
Besides bedrooms, there is a kitchen to accommodate longer sojourns.
I can’t tell you how wonderful it would be to stay here for an extended period.
My feet drag as I bid farewell to the Morettis, hoping to see them again soon. 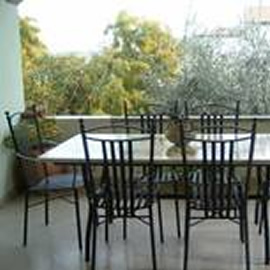 I planted myself on the terrace of the agriturismo,
I wanted to gaze at the olive trees swaying in the breeze endlessly.

Whenever I catch a glimpse of a bottle of Moretti Omero, the memory comes rushing back to me, and whenever I taste this luscious olive oil, I can’t help but break into a smile.
We sincerely hope to transmit the experience of where this olive was produced and by what gentle means and wonderful people through its flavor alone.