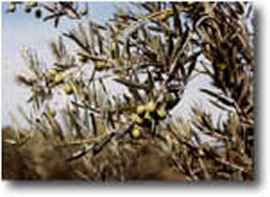 A long-established shop in Kyoto and olive oil; a slightly unorthodox combination, perhaps. However, we feel a connection to the oil somehow. Let me share with you why, as well as what olive oil is all about, based on our personal experience.

First, let me briefly explain how olive oil is produced. Olive berries are ground to a paste. Then pressure is applied to extract their liquid. The resulting liquid is then separated into its water component and oil component – the latter is what we call olive oil.
The first olive oil is said to have been found in a Neolithic ruin in Palestine dating back to 6000 BC. Evidence of what is assumed to be olive oil storage was found at this site. With the passage of time, manufacturing methods transitioned from using manual power to an industrial source. In order to separate the liquid into its oil and water components, the difference in density was utilized and the oil, which floats to the top, was carefully scooped off. Now, with the advent of technology, the liquids are separated by means of centrifuge. However, basic olive processing methods have been true to tradition and essentially, have remained unchanged for several thousands of years. 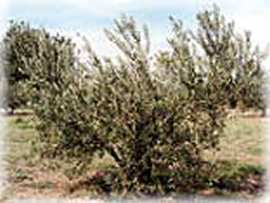 As a direct importer of olive oil, it was vital for us to see where the product is made and what kind of people engage in its manufacturing process, so we visited a number of manufacturers.
We went to investigate an olive manufacturing factory in central Italy. It was right at the peak of the harvest season and a number of contracted farmers were picking olive berries placing them into containers sorted by producer and olive variety.
At this manufacturer, not all the olive berries were homegrown, so there careful cultivation guidelines were in place for the contracted farmers to follow, in order to ensure a standardzed quality level.
The hand-picked olives were brushed, washed and ground down to a paste. This factory had invested in the latest machinery which could produce the paste and separate it into its water and oil components all at once. But the principle is the same as the aforementioned methods. There was no sign of chemical processes being used. 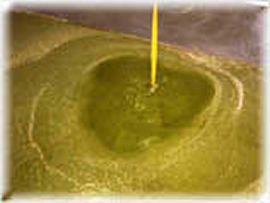 The freshly-pressed olive oil was vibrant green in color, one could liken it to that of unripe green fruit. The aroma was simply too luscious to describe in words. The aroma wafted through the plant. It was just about noon and we were so hungry that our stomachs started to rumble. The owner baked a solid loaf of bread for us and lavishly poured fresh olive oil over it. That was all we had for lunch and it was absolutely all we could have possibly wanted in that moment.
Olive oil is a rarity in the sense that it has been produced over millennia with little to no change in the basic methods. The olive oil produced in these small Italian villages pass through the hands of many characters; we have the owner of many large farms, the stubborn middle-aged man, those whose prime concern is how to spread the word of the delicious olive oil they produce and those who are surprised to welcome visitors all the way from Japan to their small village. One thing that unites all the various owners and farmers is their firm belief that their olive oil is the best in the world. In reality, each of their olive oils is incredibly unique and universally delicious. 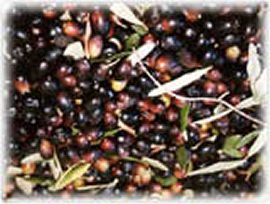 Being a 200 year-old shop specializing in oil, of course we have seen changes in our offering. However, from the frugal days of votive lighting oil to this age of plenty, we have consistently hoped for our products to act as “a light that is brought into the home”.
We genuinely want for our customers to learn more about the timeless virtue and delicacy of these olive oils, all made with the sincerity and devotion of their producers.
↑Ripe olive berries, blackish purple in color
We always stock ten or more varieties of olive oil in order to accommodate all palates.
We look forward to welcoming you at our shop where you can take the time to savor our carefully selected olive oils!